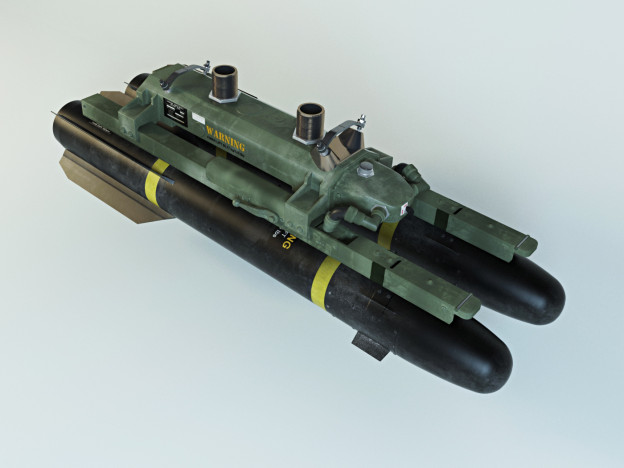 The Navy is not closing the door on integrating an Army missile into the weapons package for the sea service’s Littoral Combat Ship surface warfare mission package.

Program leaders and Army officials have conducted three live fire tests of the Lockheed Martn’s Longbow missile aboard a surface vessel designed to replicate the LCS deck, according to the company.

The missile are the primary close air support weapons aboard the Army’s AH-64D Apache attack helicopter.
However, Alies was quick to point out that all options for LCS armaments remain on the table.

Navy, Army and industry officials are “still working . . . to define the parameters” of what weapon combinations would best fit the the ship’s surface warfare mission package, Ailes said.

A decision on what that final weapon loadout for that particular mission module, the most advanced of the three packages aboard the LCS, is expected by 2020, he added.

Other LCS mission modules include mine countermeasure (MCM) and anti-submarine warfare (ASW) packages.

But the flexibility of the Longbow, compared to the Raytheon-manufactured Griffin rocket, has garnered many fans inside the LCS program office, Ailes said.

The Army missile ability to track and engage multiple targets in a single strike is a key factor in the Longbow’s appeal to program officials.

In comparison, the Griffin’s laser-based tracking system only allows the weapon system to engage targets one at a time.

That targeting autonomy aboard the Longbow could be a possible game changer, given the type of threats, such as small-boat attacks, the LCS could encounter during combat deployments.

Navy leaders in 2011 selected the Griffin rocket to replace the defunct Non-Line of Sight Launch missile system that Navy officials initially planned to put onto the LCS.

The Navy teamed up with the Army on NLOS-LS acquisition, with the Army planning to field a version of the missile on their fleet of tactical vehicles.

But the the ground service was forced to cancel their portion of the weapon’s development, due to rising costs associated with that work.

At the time, Navy leaders admitted the Griffin lacks many of capabilities that NLOS had, especially against long-range targets.

As a result, Navy drafted plans to hold a competition for a follow-on, beyond the horizon missile to replace the Griffin by the end 2011, service officials said at the time.