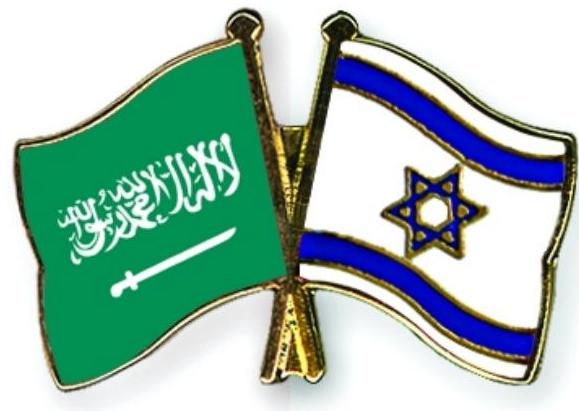 As negotiators in Geneva, Switzerland work out the final details for an agreement that will allow International Atomic Energy Agency (IAEA) access to Iran’s nuclear facilities in return for relief of some of the economic sanctions on Iran, hawks in Washington, Tel Aviv and Riyadh have come together in opposition to the proposed deal. The P5+1 diplomatic initiative (the five permanent members of the United Nations Security Council plus Germany) reached an initial agreement with Iran in November.

In the weeks since that breakthrough agreement, the deal has been drawing its greatest criticism from the unlikely geo-political bed fellows of Saudi Arabia and Israel. These two nations normally spend a great deal of time, energy and defense spending to deter and undermine each other. Israel’s opposition to Iran and the nuclear agreement is well known, but why is Saudi Arabia so concerned about this diplomatic initiative?

In many respects the weakened and isolated Iran, that the world has more recently known, is an exception to its long history. The fall of the Shah in 1979, and the Islamic Revolution that followed, left Iran besieged by war with its neighbor Iraq, weakened by international sanctions, and isolated from the international arena. But now there are signs that Iran is changing and this historical homeostasis threatens the regional balance of power.

The nuclear deal is a keystone event in for Iran’s new President, Hassan Rowhani, but smaller headlines are beginning to show a trend. For instance, Iran has recently entered into talks with the UAE over three disputed islands in the Strait of Hormuz that have been occupied by Iran since 1971. Last month, news outlets were reporting that the UAE and Iran were close to a deal that would return the islands to the UAE.

“In addition to the strategic benefits, a deal [on the islands] could mean large economic benefits for both countries,” reported Defense News. Sanctions between the Gulf Cooperation Council (GCC) and Iran have reportedly reduced trade by more than 70 percent with the resulting loss of billions of dollars to GCC economies. In early December, GCC delegates met in Bahrain and discussed the possibilities for taking a more open approach with Iran. But while Iran’s smaller neighbors are considering the positive benefits of easing tensions in the Gulf, Saudi Arabia claims it will have to strike out on its own.

Saudi Arabia has often encouraged the U.S. to execute a military strike against Iran. In 2010, The Guardian, released Wikileaks cables quoting the Saudi king as having, “frequently exhorted the US to attack Iran to put an end to its nuclear weapons program”, one cable stated. “He told you [Americans] to cut off the head of the snake.” I co-authored a detailed paper for USNI Proceedings titled “Bomb Iran?” last year on the multitude of risks and problems presented by using the military option to try and destroy or deter Iran’s nuclear program. To sum up the problems with a military option in colloquial terms, the repercussions of bombing Iran could result in a protracted and expensive military operation that in the end may not be able to achieve any measure of assured results.

Falling short of assured results, means there is no guarantee that precision guided weapons will be able to destroy Iran’s nuclear capabilities, and it may have quite the opposite effect in the area of deterring them. Although the proposed IAEA inspection regime for Iran’s nuclear weapons program may be less viscerally satisfying to some hawks, or far less exciting than precision guided missile strike video on cable news, the truth is, history shows us that results achieved by weapons inspectors is the best way to control and verify the status of any nation’s weapons program.

The P5+1 began their latest round of talks with Iran in Geneva last Thursday. This latest meeting is designed to hammer out the final details for implementing the landmark agreement reached in late November. Implementation of the anticipated agreement is scheduled to begin as early as next week.