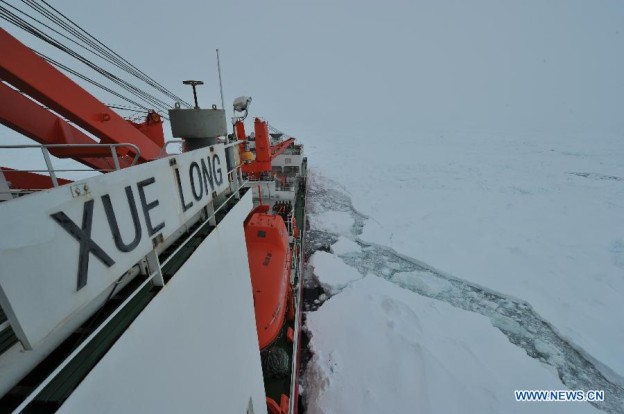 A Russian ship trapped for two weeks in Antarctica — and the Chinese ship sent to rescue it — have escaped the ice pack, according to the U.S. Coast Guard.

MV Akademik Shokalskiy and MV Xue Long were able to break free “due to a favorable change in wind conditions,” according to a Tuesday statement from the service.

Akademik Shokalskiy was trapped in ice on Dec. 24 during a private expedition to the Antarctic and was assisted by Xue Long before both ships were trapped in ice.

U.S. Coast Guard Ice Breaker Polar Star (WAGB-10) was requested by the Australian Maritime Safety Authority (AMSA) to assist both ships but has since been released by the AMSA, the service said.

“We are extremely pleased to learn that both the Xue Long and the Akademik Shokalskiy freed themselves from the ice,” said Vice Adm. Paul F. Zukunft, Coast Guard Pacific Area commander in a statement.
“This case underscores the dynamic and harsh operating environment and the necessity for Polar Class Icebreakers in the Antarctic.”

Polar Star was in transit from its homeport in Seattle, Wash. to aid the National Science Foundation Scientific Research Station McMurdo, Antarctica.