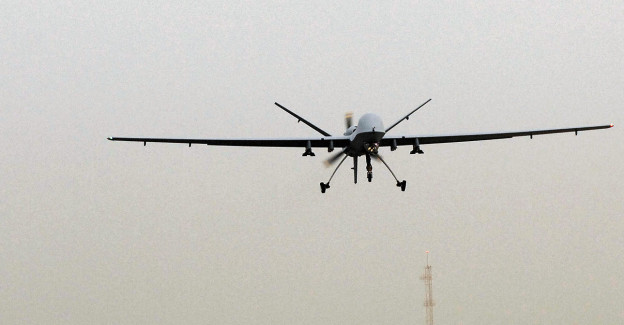 As potent weapons as they have been in the years since the tragic events of Sept. 11, 2001, unmanned aircraft — or drones as they are colloquially known — will have to evolve as the U.S. moves to counter rising challenges in the Western Pacific.

Drones have been among the U.S. government’s primary weapons against armed militant groups around the world. Regardless of what one might believe about the morality of such strikes, the fact remains that both the Bush and Obama administrations have relied on these weapons against such “nonstate actors.”

But while unmanned aircraft like the General Atomics Aeronautical Systems’ MQ-1 Predator and MQ-9 Reaper are very effective when no one is shooting back, they are not so useful against even a halfway competent enemy that has the means to knock them out of the sky. And, contrary to popular belief, drones are not cheap — a Reaper costs roughly $23 million a pop — so losing one is not trivial.

That does not mean aircraft like the Predator or Reaper — both of which are built in San Diego — are no longer useful. Both aircraft will continue to find a niche in supplying vital surveillance data for both the military and intelligence services over places that are not protected by air defenses. Additionally, both the Central Intelligence Agency and the Air Force are likely to continue drone strikes around the world as directed by the White House well into the foreseeable future. But as U.S. forces leave Afghanistan this year, the Air Force simply won’t need the sheer number of Predator and Reaper aircraft anymore.

What both the Air Force and the Navy will need in the coming years are stealthy unmanned aircraft that can operate deep inside heavily defended airspace for long periods of time — especially with the Obama administration’s renewed focus on the Pacific. Advanced air defenses are readily available to almost any nation at relatively low cost.

The problem is that while the old Soviet Union is gone, the modern day Russian Federation continues to develop and sell advanced radars and their associated surface-to-air missile systems to anyone who has the money to pay for them. The same applies to China, though their weapons are not quite as advanced as the latest Russian-built hardware.

To illustrate the point, one of the Pentagon’s main concerns during the summer of 2013 — when the Obama administration was contemplating intervention in Syria — was that Russia had already supplied that nation with the powerful S-300 missile system. The S-300 is a fearsome enough weapon that makes it all but suicidal for non-stealthy aircraft to attack an area protected by it. It is also why both the United States and Israel are doing everything in their power to persuade Russia not to sell the S-300 — or even more advanced missiles — to Iran.

Publicly, the Air Force doesn’t yet have a plan for how it might develop a stealthy new drone to operate over those highly defended areas. But there have been rumors that the service has secretly developed a new, very stealthy long-range drone that can fly deep into hostile territory with relative impunity. In fact, in recent weeks, the trade journal Aviation Week claimed that it has confirmed the existence of a Northrop Grumman-built drone called the RQ-180. But only time will tell if this aircraft actually exists or is just another mirage.

Conversely, the Navy has publicly shown a lot of progress toward developing an advanced aircraft carrier-based drone in 2013. In July, Northrop’s X-47B — which was developed and built in Southern California — demonstrated for the first time that an unmanned aircraft can land on a carrier without any human intervention. Navy Secretary Ray Mabus compared the event with the earliest inception of naval aviation more the 100 years ago.

“This will rank there with the day Eugene Ely strapped himself into a Curtis biplane and took-off from a ship for the first time,” Mabus said on July 10, 2013, onboard the carrier George H.W. Bush.

But the bat-winged X-47B is merely a demonstrator. The Navy is working on a follow-on program called Unmanned Carrier Launched Airborne Surveillance and Strike (UCLASS), which the service hopes will be operational by around 2020. Unfortunately for the Navy, the program has been mired in an ideological battle in the Pentagon over the shape of the future carrier air wing.

One side of the debate argues that the U.S. military needs better surveillance capability around the globe. As such, that capability must be integrated with onboard carriers sooner rather than later. The opposing view is that the Navy has far better uses for its multibillion-dollar carriers, air wings and the accompanying warships. The Navy does need the benefits offered by drones such as persistence, stealth and range, but any new unmanned aircraft that is integrated into the carrier’s air wing should be focused on making the giant vessels into more effective strike platforms.

While both sides of the debate have their merits, the latter view appears to have prevailed. Rear Adm. Mike Manazir, the service’s top aviation requirements officer, recently told the Naval Institute that the UCLASS will have some ability to fly and fight inside heavily defended airspace.