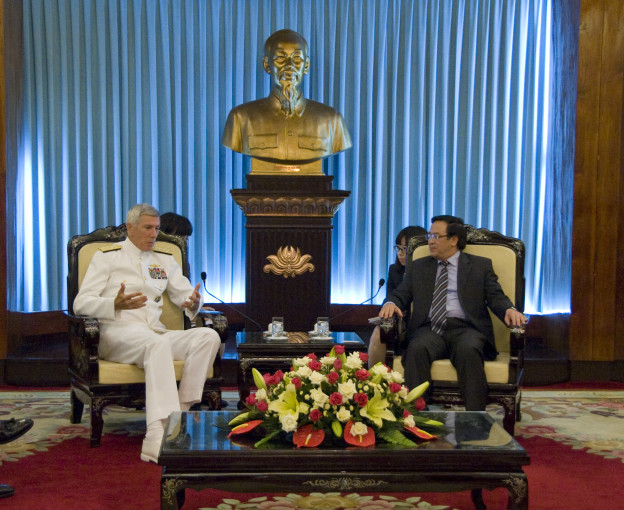 As an example of our commitment to strengthen maritime capacities in Southeast Asia, the United States intends to provide up to $18 million in new assistance to Vietnam to enhance the capacity of coastal patrol units to deploy rapidly for search and rescue, disaster response, and other activities, including through provision of five fast patrol vessels in 2014 to the Vietnamese Coast Guard. This assistance directly responds to priorities identified in the Joint Minutes on Vietnam and U.S. Coast Guard Maritime Cooperation signed October 1, 2013, by VCG Major General Nguyen Quang Dam and USCG Commandant Admiral Robert J. Papp, Jr.

The Secretary’s announcement builds upon the United States’ longstanding commitment to support the efforts of Southeast Asian nations to enhance security and prosperity in the region, including in the maritime domain. Existing programs include efforts to combat piracy in and around the Malacca Strait, to counter transnational organized crime and terrorist threats in the tri-border region south of the Sulu Sea between the southern Philippines, Indonesia, and Malaysia, and to expand information sharing and professional training through the Gulf of Thailand initiative. In addition, since 1999 the U.S.-supported International Law Enforcement Academy in Bangkok, Thailand has been one of the world’s premier multilateral platforms for law enforcement training and cooperation.