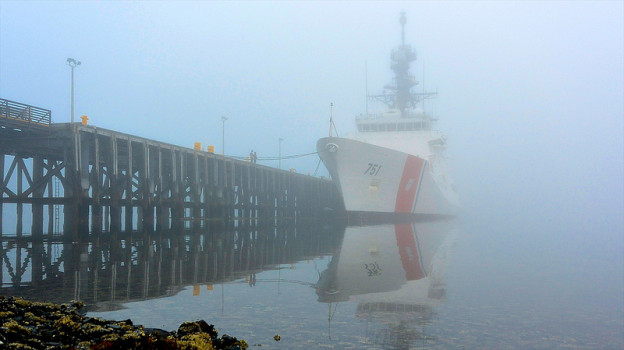 The chairman and ranking member of the key panel overseeing the Coast Guard repeatedly pressed the service’s vice commandant on Wednesday to come up with suggestions for Congress to scale back the service’s missions by changing present law in light of its declining budget.

Vice Adm. John Currier told the House Transportation and Infrastructure subcommittee on Coast Guard and maritime transportation, “I am not prepared to offer you, today, candidates for reduction” in the 11 statutory missions areas assigned to the Coast Guard.

Coast Guard Commandant Adm. Robert Papp has said the service needs $2 billion a year to meet its buying needs in aircraft and cutters to keep its program of record on track. This year’s request from the administration calls for slightly more than $900 million in those accounts. In recent years, those accounts have ranged from $1.2 billion to $1.4 billion. The budget sequester took about $200 million out of the Coast Guard’s budget last year.

After citing the $700 million cost in producing the first national security cutter, which took funds from other shipbuilding programs, subcommittee chairman Rep. Duncan Hunter, (R-CA) said, “We would love to hear from you… rather than have us do it blind” in deciding what areas—from combating terrorism to ship certification to drug and migrant interdiction, and others—to scale back or eliminate by changing governing laws.

Currier said, “We would not come solely to you” with those ideas because “we’re part of DHS [Department of Homeland Security].” He said that while the Coast Guard would not come back to Congress with specific missions to eliminate or scale back, its officials would meet privately with members to discuss questions on missions.
He told the panel that in the 23 areas where the service monitors its performance, it did not reach its goals in about half of them, down from meeting 14 the year before.

But Currier added that the service’s program of record, originally developed in 2004 to buy and maintain vessels and aircraft to meet missions, had been validated four times by the Department of Homeland Security and outside agencies since then. For example, the service would like eight national security cutters to replace its Hamilton-class cutters; three have already been delivered and one is due to be delivered in September 2014, with two more coming in by 2016. The other two are under contract.

“You can’t make everything a core competency,” Hunter said. “The missions need to change” because the fiscal environment has changed under the Budget Control Act of 2011 and “the Coast Guard has to be able to say ‘no'” when it meets with other national security officials and inside its department.
Said Currier: “No one [on the national security staff] wants to take the responsibility to reduce the missions” lest the Coast Guard loses “the ability to surge to a Katrina.” But he quickly followed that by adding, “I think we’re going to have to prioritize.”