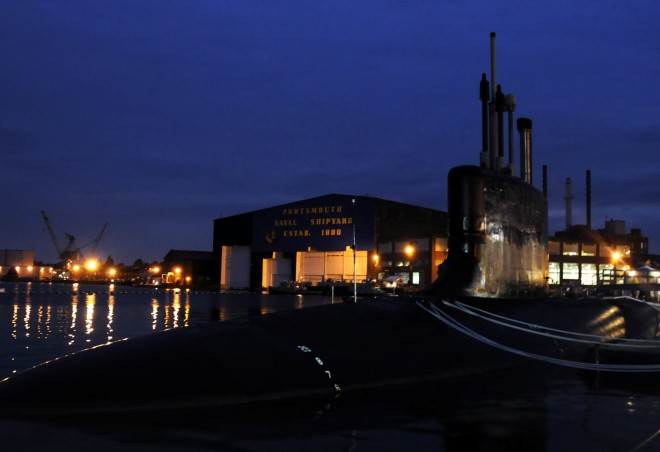 The service has made a priority of funding the second planned FY 2014 Virginia boat in the so called alternative program objective memoranda (ALT POM) for the FY 2015 budget said Rear Adm. Richard Breckenridge, the Navy’s director of undersea warfare.

“Good news on the ’14 ship. That’s off the table,” he said.
The Navy is currently operating under a Continuing Resolution that prevents new shipbuilding starts and keeps funding at FY 2013 levels.

The Navy’s 2014 budget — along with the rest of Department of Defense funding — has languished in Congress since its submission in April.

Chief of Naval Operations Adm. Jonathan Greenert has testified before Congress that under a Continuing Resolution in addition to the mandatory 10 percent sequestration cuts mandated 2011 Budget Control Act (BCA) the service might have to sacrifice one of its 2014 Virginias for budget considerations.

Ordinarily service officials are loath to hint at budget specifics ahead of the official release.

However Navy leadership — particularly the submarine force — has mounted an aggressive and public campaign in the last several months to preserve spending toward Virginias and the planned Ohio-class Replacement Program (ORP) nuclear ballistic missile submarine and other undersea hardware.

Greenert has said often in the last several months replacing the services 12 SSBNs was the service’s number one priority. Other priorities in the undersea domain include the inclusion of a Virginia payload module (VPM) in the Block V Virginia-class submarines, to replace the four Ohio-class boats fitted for conventional guided missiles (SSGNs).

Research and development money of more than $500 million for the VPM is at risk for cuts as part of the ongoing budget churn.

Breckenridge also said there was money in the FY15 ALT POM for a restart of the Navy’s heavyweight torpedo program. The Navy hasn’t built a new Mk 48 torpedo in 17 years, he said.

“I guess I’ll spill some bean,” Breckenridge said.
“The Navy has the courage — even in the face of sequestration — to keep the heavyweight torpedo in the budget. It was a hard challenge to do something like that.”