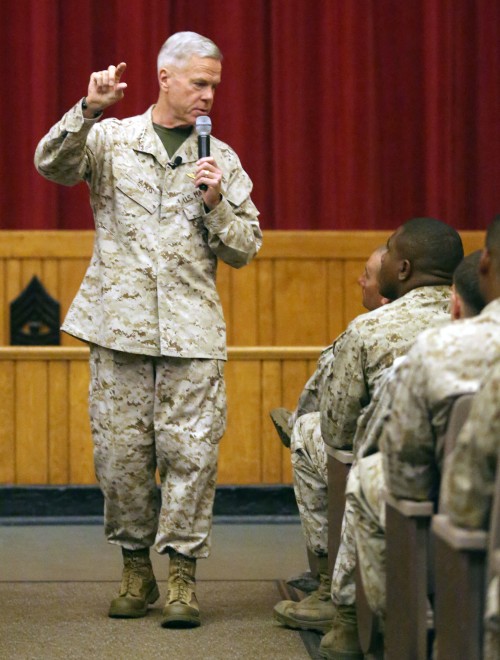 The following are slides from U.S. Marine Corps Commandant James Amos Sept. 23, 2013 General Officer Symposium briefing on the direction of the service after the withdrawal of forces from Afghanistan.
“We will stop accepting bad behavior or substandard performance as a natural consequence of being a ‘combat hardened’ Marine Corps,” Amos said.
“We will begin enforcing established standards. This will include behavior, physical conditioning, personal appearance, weight and body fat.”
The so-called “reawakening” includes placing restrictions on off-base housing, increases emphasis on security in barracks and tightens rules for Marines in garrison.