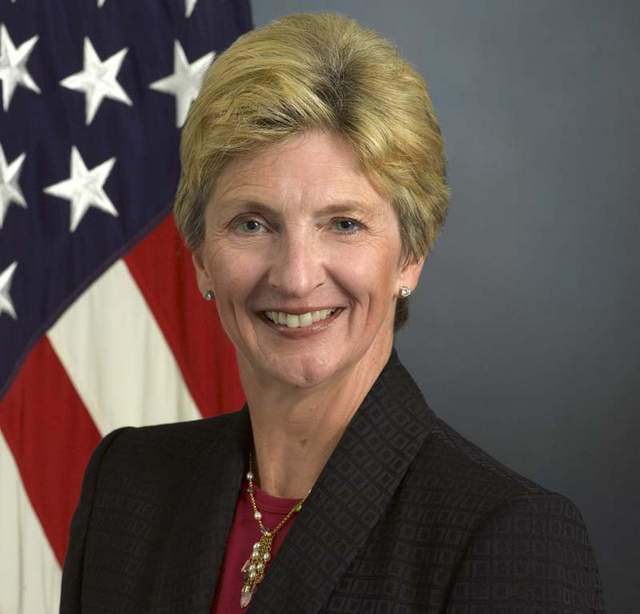 Jo Ann Rooney, the Obama administration nominee for Under Secretary of the Navy.

Jo Ann Rooney — the Obama administration’s nominee for Under Secretary of the Navy — faced tough questions during her Thursday confirmation hearing before the Senate Armed Services Committee (SASC).

Rooney first faced stiff questioning from Sen. John McCain, R-Ariz., over the status of Navy audits, the Littoral Combat Ship (LCS) program and exactly how many employees and contractors the department employed. At one point, McCain said, “If you don’t know the answer [about the audits], you are not qualified for the job yet.”

McCain said at this stage he would not support her nomination. In Gen. Martin Dempsey’s second nomination hearing for Chairman of the Joint Chiefs of Staff, McCain threatened to put a hold on the re-nomination. It was not clear Thursday whether he would do the same with Rooney.

Although Rooney has served two years in top Defense Department personnel offices, she has been out of government for a yea.

When Rooney said she was awaiting the assessment of a panel on sexual assault prosecution, Gillibrand, the author of a bill removing commanders from deciding whether to prosecute these cases, asked, “Do we really need another report?,” citing 20 years of studies in the department and for Congress.

Gillibrand’s bill to have judge advocates decide on prosecution in these cases did not pass in the committee, but enjoys broad support in the Senate. It also recently won the backing of the Defense Advisory Committee on Women in the Services, an advisory panel.

Using the second round of questioning committee chairman Sen. Carl Levin (D-Mich.), who supported a bill retaining commanders’ discretion, asked her that based on her experience as a college president did prosecutors readily take on these cases.

She described her experience with prosecutors in these matters was mixed and found unless they had very strong evidence they did not move forward.

Rooney said commanders had additional tools in these matters, including non-judicial punishment, which prosecutors in and out of uniform do not have. She acknowledged the Article 32 proceedings, similar to a preliminary hearing in civilian courts, needed reform, especially in light of the case involving a female midshipman and three male midshipmen on the football team.

“You don’t want to discourage [victims] coming forward but you want to protect necessary privacy,” she said.

She called for a cultural change inside the Navy and said all the services could learn from civilian colleges and universities in dealing with alcohol and substance abuse and teaching bystanders to act not to remain silent witnesses or walk away.

But Rooney said the Defense Department had strength in this area that individual colleges and universities do not have the ability to get data across the services to determine the scope of the issue, the command climate and culture surrounding sexual assault.

On LCS, Rooney said that any pause in construction — as recommended by the Government Accountability Office — would cause costs to go up and savings that have been achieved in the program would be lost.

After the hearing McCain told reporters he intended to take the recommendation of a pause in the LCS program to the floor.

Rooney said that the Navy would use the lessons learned in building the Gerald Ford nuclear carrier before awarding a contract for a second in that class.

On the shutdown, she said, “We’re starting to lose some of most experienced people” in medicine, acquisition, the shipyards and depots. Rooney said that 200,000 workers were in engineering, scientific and technical fields and 50 percent of all civilians working for the department were veterans.

The shutdown also “has a direct impact on the industrial base,” who are not getting paid for the work they are contracted for until a Fiscal Year 2014 spending bill is signed by the president or the departments are allowed to pay for existing contacts above pay and allowances for contract workers.