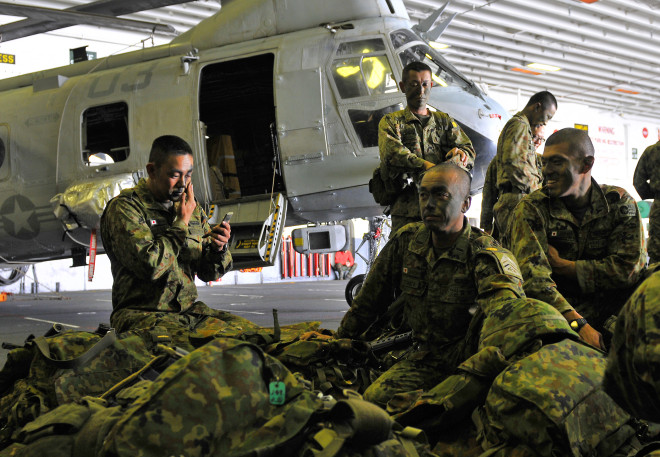 Japan recently has been in the news as a result of several high-profile territorial incidents with its neighbor China. The incidents involve what Japanese call the Senkaku islands—the Diaoyu islands to the Chinese. Japan has legal ownership of the islands, which China disputes. The incidents have involved non-government activists and the coast guards of both nations, with many fearing an escalation could lead to some form of armed conflict.

Spurred on by those developments, Japan has accelerated what have been until now quiet plans to develop a specialized unit of marine infantry. This force, mentored by the U.S. Navy and Marine Corps, is seen by Japan as essential in guarding the Senkakus, as well as other disputed territories. Like the Navy/Marine Corps team, the Japanese force will be a joint group consisting of the Ground, Air, and Maritime Self- Defense Forces, with everything from infantry to air support to the ships that carry them.

The creation of the Japanese marine unit is part of a series of a wide-ranging overhaul of Japan’s ability to defend its borders. During the Cold War, Japan anticipated a Soviet invasion of the northernmost island of Hokkaido and built up forces there appropriately. With the collapse of the Soviet Union and the rise of Japan’s neighbors, particularly China, Japan has shifted attention from the far north to the far south, in particular the Ryukyu and Senkaku islands west of Okinawa.

Specifically, Japan was concerned that activists from other countries with whom it has territorial disputes (countries including Russia, China, and South Korea) would land on Japanese territory and symbolically seize it, perhaps with weapons. Unfortunately these islands are on the periphery of Japan, without nearby military facilities, or even ports or airstrips. That necessitated an expeditionary force capable of self-deploying by air and sea to the periphery of the Japanese archipelago.

Japan has no forces tailored to amphibious operations, since marines are typically considered offensive in nature and Japan has barred itself from having offensive forces. However, the ban was merely a self-imposed policy decision, and in 2012 it was decided that defense-minded marines, who would transport themselves to places such as the Senkakus in time of crisis to defend or eject interlopers, were legal for Japan to operate. 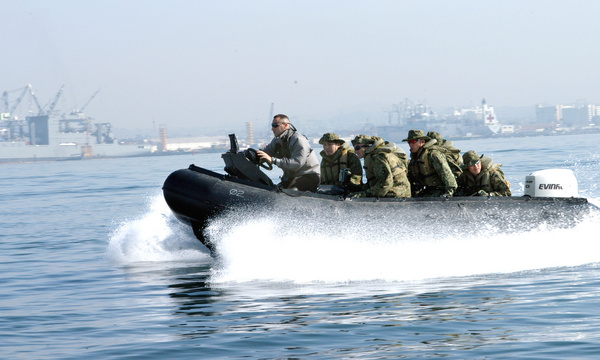 Based at Nagasaki in southern Japan, the Western Army Infantry Regiment (WAIR) has been tasked the amphibious mission. The location ensures that the WAIR can be quickly embarked on Maritime Self-Defense Force (MSDF) ships at Nagasaki/Sasebo; alternately they could board V-22 Osprey tilt-rotor aircraft at the nearby air bases of Nyutabaru and Tsuiki. The WAIR is considered only the core of a new marine force, which will be considerably larger.

The WAIR is approximately of battalion size, consisting of at least three infantry companies. The regiment is equipped as light infantry, with the heaviest weapons being 84mm Carl Gustav recoilless rifles and French MO-120-RT 120mm towed mortars. The regiment has no vehicles except for Mitsubishi Type 73 light trucks. Japan recently announced it is procuring up to six AAV-7A1 amphibious assault vehicles of the kind the U.S. Marines use. Such vehicles would afford a platoon of WAIR troops armored protection up to and onto the beachhead.

One company of the WAIR is sent every year to San Diego for the annual Iron Fist exercises. There they learn to conduct a variety of operations from the U.S. Marine Corps. Each year the exercises have grown progressively more complicated, starting with rigid-hull inflatable boat training to more recently conducting actual amphibious landings.

Air support for the marine unit is currently in the form of helicopters from the 1st Aviation Brigade, headquartered near Tokyo. During the June 2013 Dawn Blitz exercises in southern California, Japanese AH-64 Apache and CH-47 Chinook helicopters from 1st Brigade crossed the Pacific on Maritime Self-Defense Force ships to provide air support for WAIR. Tokyo is currently exploring buying organic air transport for the marines in the form of up to 20 V-22 Ospreys, which would allow the unit to quickly self-deploy to the Senkakus. 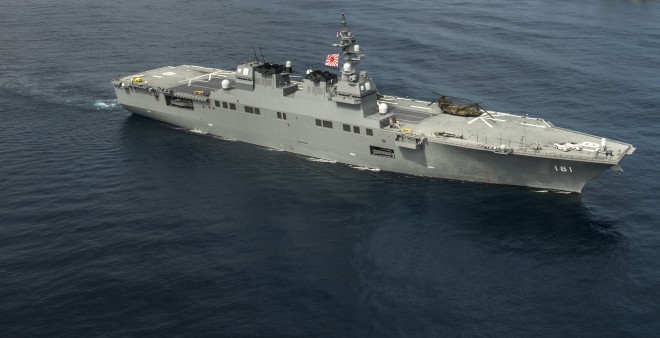 Ironically, although Japan’s amphibious warfare doctrine has been minimal it actually does have several highly capable amphibious ships. The three Landing Ship, Tanks (LSTs) of the Oosumi class feature full-length flight decks and a well deck, and can transport nearly a battalion of infantry, tanks and other vehicles. Each can carry two American-built Landing Craft Air Cushion (LCAC), of which Japan has six. In addition to the LCAC, Japan has a dozen medium landing craft that can move 30 tons of equipment or up to 80 personnel from ship to shore.

The recent addition of the Hyuga-class “helicopter destroyers” has added an interesting new dynamic to the new amphibious force. The ships, equipped to carry up to 14 helicopters and 400 personnel, functioned as helicopter landing platform ships during the Dawn Blitz exercises, much along the lines of the old U.S. Navy Iwo Jima class. Together with the Oosumi LSTs, the new helicopter destroyers could form the core of an ad hoc amphibious ready group, or even a sea base.

Under the tutelage of the U.S. Navy and Marine Corps, Japan is slowly but surely building up a credible, flexible amphibious force capable of responding to national emergencies. Highly trained with a high level of mobility, it could eventually become the equal of both. The force will not only be highly useful in Japan’s territorial disputes, it will likely be a excellent partner for their American counterparts in joint operations.