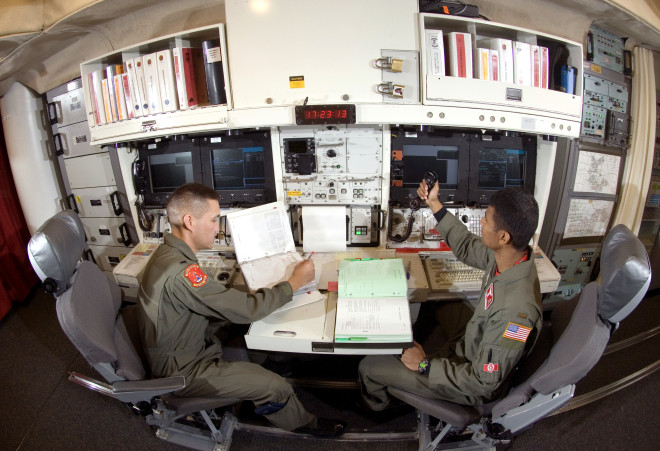 The Senate’s Intercontinental Ballistic Missile (ICBM) coalition has asked Secretary of Defense Chuck Hagel to suspend an environmental study that would consider eliminating some of the United States’ 450 ICBM silos,according to a Thursday letter provided to USNI News.

“We believe this study is extremely premature,” the bipartisan group of senators wrote.

The study is part of the 2010 New START treaty between Russia and the U.S. that limits the signatories to a combination of 700 deployed ICBMs, submarine launched ballistic missiles (SLBMs) and nuclear-armed bombers. The treaty also allows for an additional 100 ICBM, SLBMs and bombers.

The collation, mostly from the western states where the ICBMs are based, advised Hagel to leave the silos in place, even if the missiles are no longer housed there.
“ICBM silos are as much of an enduring strategic asset as are ICBMs themselves. Our nation’s 450 ICBMs, while set in fixed locations, present though their numbers an insurmountable targeting challenge for any adversary,” read the letter.

The letter follows an amendment from collation members Sens. Jon Tester (D-Mont.) and John Hoeven (R-N.D.) to the senate defense funding measure that blocks funding for the study, according to The Hill newspaper.