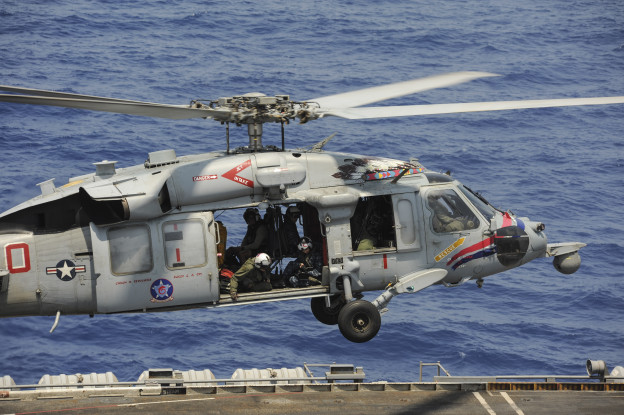 Two personnel are still missing following a crash of a Sunday crash of an MH-60S Knighthawk helicopter into the Red Sea, according to a statement from U.S. 5th Fleet.

The Knighthawk crashed with five people onboard — according to the statement — and “three personnel are accounted for and stable. Search efforts continue for two remaining personnel.”