Ongoing coverage of the Navy Yard shooting can be found on USNI News’ live blog. 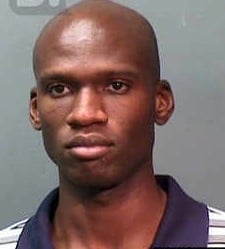 An undated mugshot of Aaron Alexis

Authorities have identified at least one D.C. resident and gave the age ranges for the victims from 46 to 73, D.C. Mayor Vincent Gray said.

In addition to the 13 dead — including alleged shooter Aaron Alexis — D.C. officials said there were eight people hospitalized from the incident. Three were shot — including MPD officer Scott Williams — while the rest suffered injuries not related to the shooting.

MPD also walked back earlier reports of a second shooter in an “olive drab uniform,” authorities believed was connected to the shooting.

An earlier individual reported to be wearing a khaki uniform was no longer a person of interest, Lanier said.

“We feel comfortable that we have the single and sole person responsible,” Lanier said.

Alexis, the alleged shooter, had a valid government identification card that allowed him access to the installation. Several press reports on Monday said that Alexis worked for a information technology subcontractor for Hewlett-Packard.

Authorities said he was killed in a shootout with law enforcement.

Alexis enlisted in the Navy in May, 2007 and by 2009 achieved the rank of Aviation Electrician’s Mate 3rd Class, according to an official Navy biography provided to USNI News. Alexis’ home of record was listed as New York City, N.Y. He detached from the Fleet Logistics Support Squadron (VR) 46, Fort Worth, Texas on Jan. 31, 2011, according to the bio.

The FBI has taken over the lead in the investigation and D.C. Mayor Vincent Gray said at the 10p.m. press conference there was still no known motive for the attack but said terrorist act was unlikely as of the time of the press conference.

Chief of Naval Operations Adm. Jonathan Greenert was at the Navy Yard at the time of the shooting but was safely evacuated, several sources confirmed to USNI News.

Reports of a shooter at Joint Base Anacostia-Bolling were untrue, Navy officials told USNI News.

According to an image tweeted from the scene, it appears an injured person was on the corner of New Jersey Ave. and M St. S.E., well outside the barriers of the Navy Yard and less than a quarter of a mile from main entrance at Isaac Hull Ave.

The main entrance of the Navy Yard is guarded by a combination of Navy personnel and armed civilians who check identification at the gate. There is a second security check at the entrance to Building 197 but no metal detector at either location. 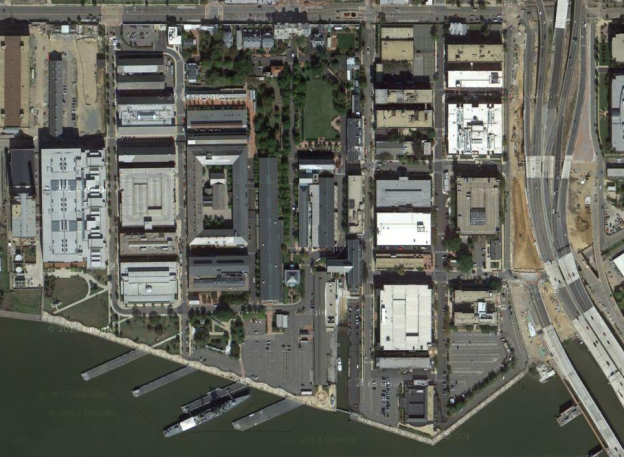 Officials at NAVSEA confirmed the situation to USNI News over the telephone and loud alarms were heard in the background.

Ronald Reagan National Airport was temporarily closed in reaction to the shooting, according to several press reports.

Family members of Washington Navy Yard employees looking for information about their loved ones can contact the Warfighter and Family Support Center at 202-433-6151 or 202-433-9713.