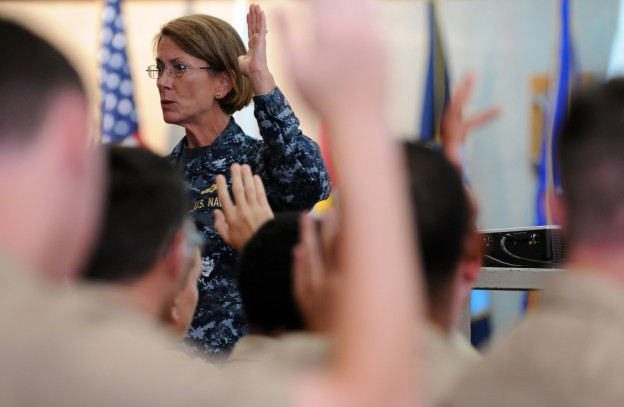 The head of the Navy’s sexual assault prevention and response office said the service was on track to have 1,800 reports of sexual assaults by the end of Fiscal Year 2013 — more than double the number from 2012, according to several press reports.

A Defense Department report from May said the Navy reported 775 assaults in 2012.

The comments came during a briefing with reporters at Naval Station Norfolk, Va. with Rear Adm. Sean Buck.

According to Buck, the increases in reports were a sign more sailors were coming forward to report instances of assault, according to a report from The Associated Press.

The Pentagon report estimated there were 26,000 sexual assaults compared to 3,000 reported instances.

In July, the Navy released its current plan to curb sexual assault that included limiting alcohol sales and creating more Sexual Assault Prevention and Response (SAPR) officers in the service.