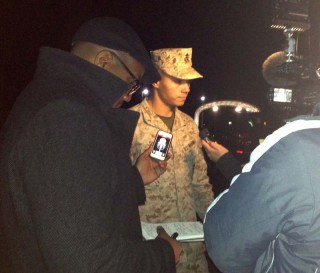 Three Marines were killed after being shot by at or near Quantico Marine Corps Base’s Officer Candidate School, according to press reports.

On Friday, the Pentagon said the three dead were active Marines with the shooter included in the slain, dead by a self-inflicted gunshot wound.

The shooter is believed to be on the staff at the school, reported the Associated Press.

Quantico’s provost marshal responded to the incident around 11 p.m. along with the Prince William County police.

“The gunman barricaded himself inside the barracks of the school while police waited outside,” reported Potomac Local News.

“The male shooter — who is believed to have shot and killed both victims — was also found inside dead of a self-inflicted gunshot wound, Quantico spokesman Lt. Agustin Solivan.”

“This tragedy, as well as the tragedy in Nevada earlier this week, took the lives of Marines who volunteered to serve their nation,” Pentagon spokesman George Little said on Thursday. “His heart and his prayers are with them and their families. He believes that the legendary strength of the United States Marine Corps will ensure that they are forever remembered.”