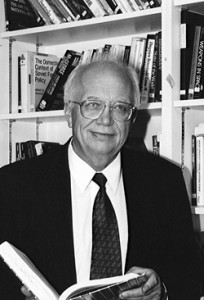 How much did the crisis have to do with U.S. Jupiter missiles deployed in Turkey?

What do you think the common Russian misconceptions were of the crisis?

The Russians’ misconception was their own mentality. The enemy at the gate, missiles on your borders—like anything—is part of their historical experience. The Europeans had enemies at the gates for all of their history. . . . The American bases that surrounded Soviet Union—and when Americans placed missile bases in Turkey or any other European country—didn’t create any panic because the obligation of the government was to deal with the opposite side. Americans were lucky. They lived all the time protected by two oceans. So they’re scared at everything as a nation. I would compare Americans to a tiger that grew up in the zoo and then was sent into the jungle.

In 1962 [Americans] found they could be killed just the same as any others because of the crisis. I’m not talking about the military, I’m not talking about the government, I’m talking about ordinary people. In the previous crises, Europeans would kill each other and [Americans] would watch it on the TV. Here it appears they are vulnerable, they can be killed also. This created the panic. You cannot stop [the panic] by saying “nothing happened here.” You are so anxious to remove missiles from Cuba, but nothing really changed because the Soviets had their missiles on their mainland [with] only 20 minutes difference in their delivery. . . . For the ordinary people, missiles in Cuba are dangerous. Missiles in Siberia? They’re far away. And that made this crisis very, very dangerous. It was an American psychological crisis. We had three such crises after World War II. There was the Sputnik crisis, where President Eisenhower, with all his wisdom and authority, could not convince Americans that Soviets would not launch a missile against them tomorrow because they have this technical capability. The second crisis was the Cuban Missile Crisis: They will kill us tomorrow because the missiles will be ready in days. The third crisis was 9/11: Americans really believed that caveman [Osama] bin Laden could destroy their country. And it was that crisis of the nation that adjusted to the new geopolitical reality, and of course it is very difficult to understand such mentality outside [America].

The mentality of the Americans?

Yeah. We understand making decisions based on our own experiences. It is very difficult to understand the mentality of the other countries—the Russians, the Chinese, the Indians. It is just the different of the people at large. Because Americans were lucky that they didn’t have natural enemies like Europeans and Asians through their millennia. [Americans] all the time exaggerate the outside threat because they’ve never experienced that threat before. The Soviet Union had a 20th century with three major wars that fully destroyed their country. There was a very different understanding of the enemy on their borders. Americans never had enemies on their borders, so they exaggerate this threat like the Cuban Missile Crisis and 9/11. On 9/11 some caveman terrorist was lucky to have destroyed buildings in the United States. It doesn’t mean that they can destroy the United States. But if you look in Washington, D.C., you see fortification around every governmental building, around the Congress, on the different agencies. It looks like people believed bin Laden controlled the streets of Washington, D.C. It was the same psychological reaction in the Cuban Missile Crisis.

Do you think the crisis would have played out differently if Richard Nixon had been president?

I don’t think so. . . . Only one thing could have successfully resolved the crisis—negotiation.

What was the attitude of the Soviets during the crisis?

The Soviet Union reacted very differently. For Americans it was a unique crisis, because it was the first time in all their history they realized they could be killed. For the Soviet people they had their war experience. For them it was no different. There was no panic in the Moscow streets and life went on as usual. They experienced threats many time in history starting with the Mongolian invasion.

Are there instances in Soviet history that would parallel 9/11 or the Cuban Missile Crisis?

No. The uniqueness of the North American civilization, they were protected by nature. They never had any serious threat in their history. The first and only invasion on American soil was by the British in 1812, which has not made an impact. And the Russians experienced these invasions all the time in their history. It was the Mongolian invasion, then it was the Polish invasion, the Swedish invasion; then it was Napoleon, World War I, World War II. So it was very different for the nation to their relationship with war or their possible destruction. I am not talking about the [American] government. I am not talking about military leadership, which understood the threat and took all the measures to protect their country. American political leadership understood that missiles in Cuba didn’t change anything. It didn’t change the balance of power. It didn’t impose any additional threat to American existence.

Was there surprise in Soviet leadership circles to how the Americans reacted?

Of course it was a surprise. The Soviets deal mostly with the government—with the president—not with the public. It was the American president’s responsibility to deal with his own public.

Was there much information about the crisis in the Soviet Union at the time?

Was there another instance were the Soviets thought war was inevitable?

The Soviets never thought war was inevitable. Starting in 1952 the balance was always on the brink of war for ten years before the Cuban Missile Crisis. It was the reality in which we lived, in which the politicians lived. My father thought that we had to accept this. But it’s important to know through your adversary where war would tip because of a mistake. Each time there was a threat of war. Surrender was unacceptable. You can’t step back because if you take one step back, your adversary will make one step forward. It was much more dangerous because in many aspects American policy became less predictable after the Cuban Missile Crisis. It was also dangerous at the time of the [Sputnik] crisis. President Kennedy managed the crisis in a reasonable way. He understood that war was not acceptable and he must hold control. . . . Kennedy preferred negotiation first. Americans did not know at that time there were 94 tactical nuclear weapons on the island and if the U.S. invaded at the time those weapons would have been used.

What was the Soviet opinion of the Kennedy administration?

Kennedy showed himself to be a very reasonable and very pragmatic politician. After the meeting in Vienna, my father had a high opinion about Kennedy. It was very different from the mythology. He thought Kennedy wanted to be the master of his foreign policy. It was a superficial conclusion [to think] that Khrushchev thought Kennedy was weak and could be manipulated. I know that very popular version [of history] but it is untrue.

What should people remember about the Cuban Missile Crisis moving forward in the 21st century?

We have to negotiate with our adversaries and enemies. If you negotiate with them, you can impose your influence on them. You will be able to explain to them and understand their position and sooner or later find some peaceful resolution. Imposing sanctions and unconditional surrenders it is not really a productive way to negotiate. You negotiate with your enemies, not with your friends. I think it is a good lesson with our current confrontation with Iran or China or any other country.