Editor’s note: The Pentagon is sending additional U.S. Marines to Libya to reinforce existing U.S. security forces following the attack on the consulate in Benghazi, officials at the U.S. Department of State said on Wednesday. The Benghazi attack resulted in the death of U.S. ambassador to Libya Chris Stevens and three others. Several other reports indicate protests nearby countries have heightened security concerns at American diplomatic missions. Neither the Pentagon nor the Department of State would confirm any additional troop movements in the region. 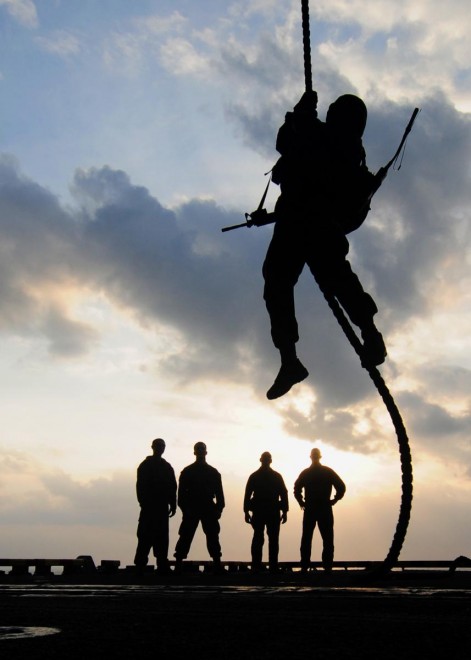 The U.S. Marine Corps has responded to the attack in Libya with a Fleet Antiterrorism Security Team (FAST). FAST is an expeditionary group of highly trained rapid-response close-quarter-battle experts capable of significantly enhancing security at U.S. embassies and other government installations worldwide. Each FAST company — about 500 Marines — maintains a high-degree of readiness and is equipped and trains with high-end weaponry and technology.

The Marines established FASTs in 1987 in anticipation of an increased requirement to rapidly project power overseas when necessary to provide security to U.S. citizens abroad. Since their inception, FASTs have been operationally engaged in Panama (1989) in support of Operation Just Cause; in Tanzania and Kenya (1998) in response to the bombing of the U.S. embassies; in the Port of Aden, Yemen (2000) in response to the USS Cole bombing; as well as reinforcing security at American embassies in Liberia, Haiti, Iraq and Afghanistan.

As well as deploying FAST, it’s likely the Pentagon is moving a Marine Expeditionary Units (MEU) in place in preparation for broader proactive measures as may be directed by the President.

The U.S. maintains at least three forward-deployed MEUs on amphibious ships around the world to respond when necessary to any unforeseen crisis. A MEU comprises of approximately 2,200 Marines and sailors who deploy with a Marine infantry battalion reinforced with tanks, light armored vehicles, amphibious assault vehicles, and light artillery and also has an air element consisting of troop transport, Harrier tactical fighters and attack helicopters. These are all supported by a battalion-size logistics combat support element and commanded by a colonel and a fully integrated staff.

MEUs are trained, certified, and capable of successfully accomplishing a multitude of conventional and special operations prior to deploying for six or more months at a time. Because of their sea-based logistic support, MEUs are normally designed and prepared to address situations in the littorals, approximately no more than 100 miles from a shoreline. However, the units are flexible. In the opening actions following the Sept. 11, 2001 attacks, two MEUs were lashed together under Marine General James Mattis to rapidly launch the first ground forces several hundred miles into the land locked country of Afghanistan.

It is most likely, as the amphibious ships the MEUs are aboard moves into position, the Marines and sailors of the MEU are rehearsing for Noncombatant Evacuation Operations (NEOs) in preparation for the possible evacuation of U.S. Department of State personnel, their families, and other from any additional embassies that may become targets of the protestors.

If necessary, we will see the MEU swiftly insert their combat forces by sea and air to cordon off the embassy and other key sites from all threats, temporarily occupy those sites, and then rapidly withdraw with all U.S. citizens and other identified personnel.

Ideally, NEOs are conducted without any hostile engagement. However, the Marines conducting the NEOs are capable of combat action if threatened.

Additionally the Marines field strategic assets known as Recapture Tactics Teams (RTT). RTTs share similar training with police SWAT teams and are forward deployed to an operating area. RTTs receive similar training as the FAST companies and can respond to incidents quickly. It’s unknown if those forces will be deployed.