The Pentagon indicated it will pursue legal action against Matt Bissonnette for his first hand account of the raid that culminated in the death of Osama bin Laden, ”No Easy Day.”The retired U.S. Navy SEAL — who wrote the book under a pseudonym — now faces legal action for violating a series of Department of Defense non-disclosure agreements, according to press reports. Although U.S. Army PFC Bradley Manning’s alleged leaking of information to WikiLeaks and Daniel Ellsberg’s disclosure of the so-called “Pentagon’s Papers,” in the 1970s are the best-known actions against publishing sensitive information there have been several others.

U.S Atomic Energy Commission had the entire 3,000 copy run of the April 1950 issue destroyed on the grounds that an article by physicist Hans Bethe about thermonuclear fusion contained, “restricted data.” The fear was that the article gave too much insight into the process for developing the hydrogen bomb. A similar case would emerge in 1979 when the Department of Energy attempted to block The Progressive from publishing an article with technical information about the H-bomb. The case was dropped when it became clear that the information had already become public.

U.S. Eighth Army censor Voorhees was dismissed from the service after he was convicted by court martial in 1953 of violating regulations by not getting official clearance for his Korean Tales manuscript. The Army successfully argued that Voorhees’ book contained proprietary information that was not approved by his military superiors.

The Codebreakers by David Kahn (1967)

The National Security Agency thought Kahn’s comprehensive history of cryptology was a bit too thorough when it delved into contemporary events concerning the NSA’s cooperative efforts with the UK’s Government Communications Headquarters. The NSA made moves to quash the book, ultimately pressuring Kahn and his publisher to remove the objectionable sections.

For The CIA and the Cult of Intelligence, the Federal government took the unprecedented approach of using the courts to suppress information in a book prior to its publication. The CIA objected to almost 400 passages and succeeded in having 168 of them censored. The book still became a bestseller.

Inside the Company by Philip Agee (1975) 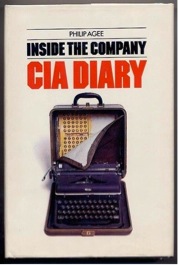 In order to escape legal obstacles, disillusioned CIA agent Agee went to Europe to publish his book which revealed the names and locations of hundreds of covert operatives. The Federal government revoked his passport and kept him on the run for years by coercing other countries to expel him until he managed to find safe havens in Germany and Cuba.

CIA analyst Snepp’s critical account of the U.S. evacuation of Saigon drew the ire of his employer for allegedly revealing classified information. Although the CIA was unable to prove that Snepp had compromised any secrets in his book, they still sued and won a verdict against him for violating a clause in his contract that required him to have books reviewed by the agency prior to publication. Snepp was given a gag order and had to surrender all his earning from the book to the CIA.

In Search of Enemies by John Stockwell (1978)

After resigning from CIA, Stockwell wrote a critical account of his experience as an agent involved in covert operation in Third World countries. The CIA responded by suing Stockwell in part to ensure that they were able to review anything else that he tried to publish. The lawsuit was eventually dropped, but not before bankrupting Stockwell.

Tom Clancy’s first novel was so full of technical details that some members of the Reagan Administration suspected that he had had access to classified information. Secretary of the Navy John Lehman even confronted Clancy to ask if he had first cleared the material before the book was published. In actuality, Clancy had simply used a variety of unclassified material to piece together a story that turned out to be a remarkably accurate portrayal of U.S. Navy operations and technology. 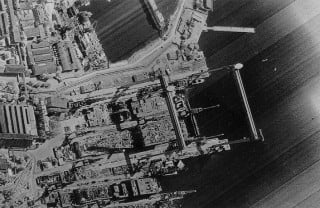 Former U.S. Navy civilian analyst and part-time editor of Jane’s Fighting Ships Samuel Loring Morison provided Jane’s with a classified picture of a Soviet Kiev-class aircraft carrier. A subsequent investigation following the publication of the photograph found several hundred documents including two other classified documents. Morrison was found guilty of violating the Espionage Act and sentenced to two years in prison. He was pardoned by President Bill Clinton in 2001.

Lt.Col. Shaffers’s memoirs of his experience as an intelligence office in Afghanistan contained information considered so sensitive that the Pentagon bought the entire first printing of 10,000 copies and had them destroyed. A censored version was quickly released, but the uncensored passages still made their way to media outlets.