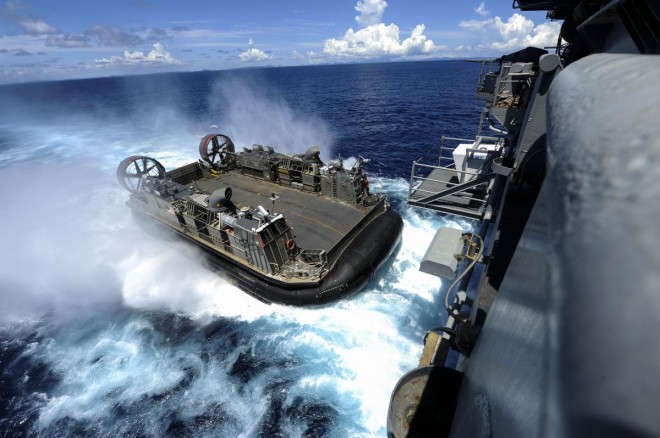 However, the report also highlights new threats and continuing trends that will necessitate new ways of thinking, operating, and integrating U.S. military forces. Those trends include persistent instability and crisis, the increasing capabilities of non-state actors and irregular threats, anti-access/area-denial challenges, globalization, and the concentration of populations in littoral regions.

The centerpiece of the paper is the Single Naval Battle (SNB) concept, which may have been more appropriately called maritime operations. The maritime domain, according to Joint Publication 3-32, includes oceans, seas, bays, estuaries, islands, coastal areas, and the airspace above them, including the littorals. Joint forces that operate in a maritime domain cannot focus only on their domain but must integrate across the traditional air, sea, and land domains. Marines tend to intuitively understand that, given our dependency on joint forces and the fact that our service operates in every domain. Single Naval Battle dismisses seams between geographic domains and emerging domains such as cyberspace. Clausewitz viewed war as a gestalt, a whole, whose parts cannot be considered without the others. So, too, does SNB seek to break down artificial constraints between joint forces when conducting amphibious operations. Thus, it is more in line with foundational theory than other concepts that focus on only one or two aspects of warfare. This is a necessary corrective for the joint force and especially the joint force maritime component commander.

To be sure, none of the individual parts of SNB or the other sections of the paper, with the exception of cyber, is truly original. But renewed integration of joint capabilities will be necessary as the joint force resets after years of war. Combining concepts such as ship-to-objective maneuver, operational maneuver from the sea, and disaggregated Marine expeditionary unit operations with new capabilities, such as the V-22, the littoral combat ship, and unmanned systems will provide benefits greater than the whole to the Navy, Marine Corps, and most important, to the nation. What is new is how focused the paper is on naval issues. This is atypical for Marine Corps documents and should be seen by the Navy as an outstretched hand. Commandant of the Marine Corps General James Amos and his predecessor, General James Conway, have both called for the Marine Corps to return to its naval roots. But Marines cannot do that alone; the Navy must meet us halfway with renewed focus on amphibious and littoral capabilities. Whether the sister services can come together again remains to be seen.

The paper points out some clear trends that will continue into the future. The U.S. military will face fiscal constraints, the global population will remain concentrated in the littoral region, irregular threats will continue and proliferate, and our responsibilities to the nation will not decrease. The convergence of those trends with the flexibility, cost-effectiveness, and capability of our Navy/Marine amphibious forces will make those assets the weapon of choice, and frequently the weapon of necessity, for strategic leaders. Navy leadership in particular has historically been more focused on blue-water issues than they have been on amphibious capabilities, both Navy and Marine. However, the enemy gets a vote, and in this case, the operating environment gets a veto. Ignoring amphibious capabilities or allowing them to stagnate or atrophy is a luxury that the world no longer will afford us.