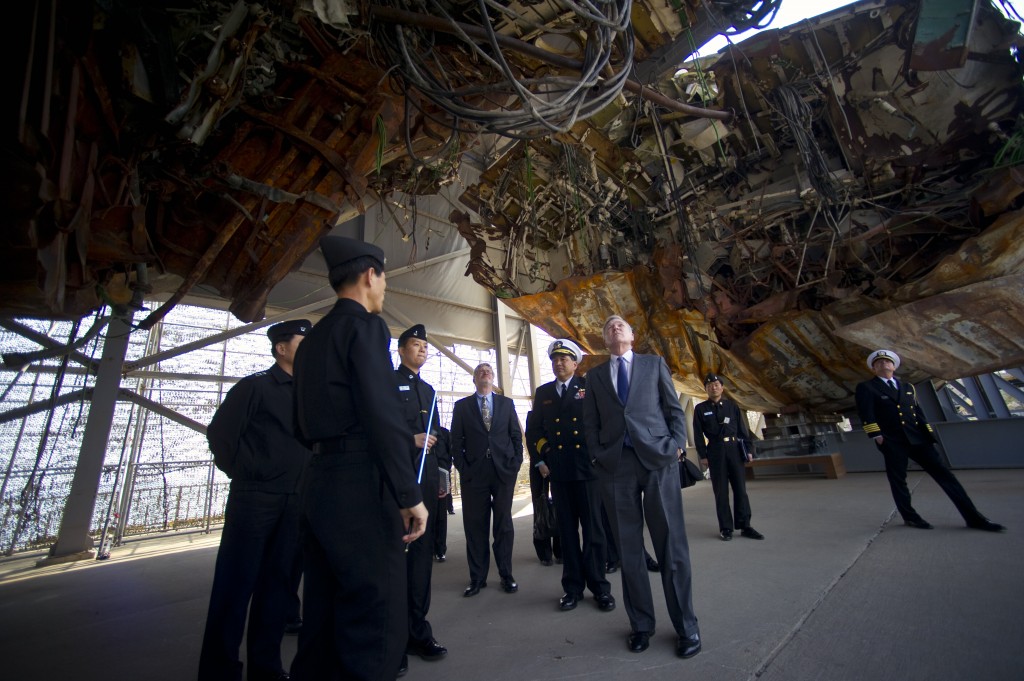 View The New Korean Bases in a larger map

On Baengnyeong, the facility has been given the go-ahead by the controlling municipal authorities and is slated for completion in 2014 at a projected cost of $36.6 million. According to Stars and Stripes, when asked if the Ministry of National Defense fears the new installation will put Baengnyeong in North Korea’s crosshairs, an official said, “We have no fear putting it there at all. We’re just building a dock to improve our soldiers’ living conditions.” Yet constructing such a facility is not likely to go down well with the North. According to the ROK Ministry of National Defense, one of the primary purposes of Baengnyeong is to allow “a more stable management” over the NLL, by giving the ROKN a quick-reaction point from which to fend off forays across the line in the Yellow Sea. The most recent such clashes occurred in 1999, 2002 and 2009, although two occurred farther to the west and all resulted primarily in DPRK casualties.

Nonetheless, the DPRK typically reacts to military provocations, both real and imagined. Just Tuesday, South Korean government sources reported that the DPRK in May deployed approximately 50 attack helicopters — a mix of Russian-made Mi-2s, Mi-4s, and Mi-8s — at Taeton and Nuchon air bases near Baeongnyeong Island in response to earlier South Korean air force deployments. Nor has North Korea been standing still. The DPRK reportedly completed a base for troop-carrying hovercraft 31 miles north of Baengnyeong at Koampo around the same time as the announcement of the new ROK facility. Given the history of the North’s provocative actions, the Baeongnyeong facility may very well be a future target.

The second prospective ROK base in the limelight has met the most hostile resistance from South Korea’s own citizens. South of the Korean Peninsula, Jeju island’s southern coast village of Gangjeong is an attractive location for a naval base. It more readily allows the ROKN to project forces south to protect the shipping lanes on which the nation relies, and to respond to ongoing territorial and natural resource disputes with China over a nearby submerged reef called Socotra Rock (not to be confused with the pirate-infested island off of Yemen), or Ieodo in Korea. As with so many other maritime disputes, both sides believe ownership of the reef will grant rights to potential mineral, oil and gas deposits in the area in an extended exclusive economic zone. Further, the location provides an appealing stopover for the visiting American naval vessels that regularly call at ports on the peninsula. For these strategic reasons former president Roh Moo-hyun first proposed building a naval base on the island in 2005. In early July of this year, the Supreme Court ruled on a lawsuit that slowed progress on construction since it was filed in 2009. Now looking to complete the base in 2015, the ROKN hopes to accommodate up to 20 naval vessels at a time on Jeju.

The semitropical island, once home to the ancient Kingdom of Tamna, bears echoes of Okinawa, including friction between residents and the central government over the proposed new base. The residents of Jeju consider themselves a people apart from mainland Koreans just as Okinawans consider themselves a different race than mainland Japanese, and many on Jeju resent possibly shouldering a disproportionate share of the military burden. They are also fearful of being caught between clashing American and Chinese forces should tensions in the Asia-Pacific region ever come to a head. While the base will not permanently host American vessels, Asia Times Online reported last week that it would serve as part of the, “U.S. missile defense system.” If this is true, it would likely mean a radar facility such as those defending U.S. interests and allies in other parts of the world. Perhaps more than any other concern, locals in Gangjeong fret over the potential impact of the naval base to the island’s environment. Jeju was named one of the “Seven New Wonders of Nature” in 2011, and any damage to the islands tourism could significantly harm its economy. Such qualms have led to boisterous protests and the just-resolved court case.

Living in an unpredictable and often hostile neighborhood, South Korea has much cause for an increased defensive posture, but getting there will be no smooth ride. The ROK may not be able to do much to appease North Korea if even it wanted to, but it has at least made efforts to accommodate its own citizens. One of the carrots dangled to Gangjeong is the promise to allow cruise ships access to the new base, in the hopes of boosting the all-important tourism sector.